“We are the music makers, and we are the dreamers of dreams” – Arthur O’Shaughnessy.

Music is a big part of my life. When I’m working at home, there is music playing constantly. Sometimes in the morning I would wake up with a song stuck in my head, as though I dreamed in it. I played the accordion when I was little. I didn’t really like it, I felt kind of forced into it. I liked music well enough, I just didn’t like playing the accordion, or practicing. I would go to accordion class everything Saturday morning wishing I was in art class instead. Finally after 4 or 5 years of playing and going for exams each year to achieve a level, I stopped. I think by that time, it was more important to focus on school and not spend so much time on extracurriculars. After that, I didn’t touch classical music again until a couple of years ago when my Mom took me to a classical concert at Roy Thompson Hall. I was a little surprised at how much I enjoyed it. (I have been told that I have an old soul, so perhaps this shouldn’t have came as a surprise) Then, a few weeks ago I searched on youtube for a song I heard from the movie The Painted Veil, and then spent at least an hour surfing youtube just listening to the rest of the score from the movie, as well as scores from other movies. It was incredible really, how iconic some of them are, a few notes and you know what movie it was from. As a visual person, I can finally fully appreciate the extra dimension that music adds to a visual experience.

As I got older, I found one of the best things about music is listening to it live. There is something about live music that’s even more amazing than simply listening to it on your stereo or iPod/iPhone or your CD player. For me, it’s because the musicians are usually interacting with the audience, so it feels like a collaboration almost. And some artists don’t play their tracks the same way when they play live, they improvise and add something new. But most of all, when they play live, you can really feel their love for what they do through the music.

Below is a photo I took of Dallas Green of City & Colour, in concert at Massey Hall last year. He is incredible live. As a photographer, I’m guilty of being so focused on trying to capture a moment that I forget to put down the camera sometimes and simply enjoy the moment and take it all in. And at this concert, Dallas Green actually asked the audience to do just that. Even though I listened to his advice, I’m still happy I took a few. ;)

I’m glad I was a music maker of a sort once, and who knows, maybe that started the dreams.

P.S. For photographers, this was taken with the Canon 135mm f2 L lens. It’s a pretty great lens. I rented it specifically for this concert. 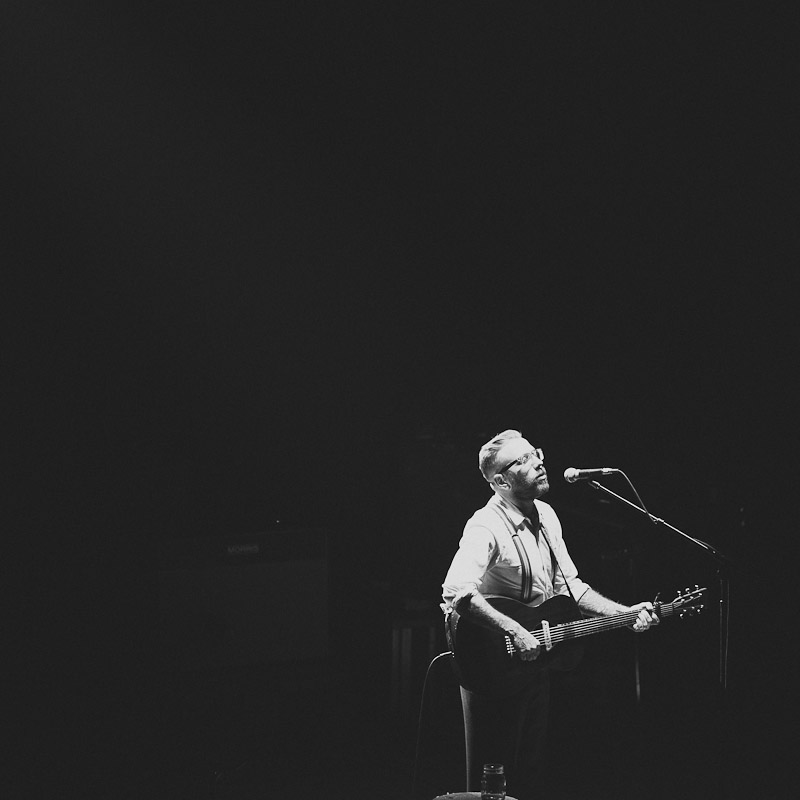